Skip to content
Home
Personal
Who Cares About Jake’s Albums of the Year? [2020]

This post was originally titled “Who Gives A Shit What Jake Thinks about Music?” but I toned it down. Anyway, 2020 was the year that I remembered that metal is more to me than Sabbath worshippers playing fuzzed-out Kyuss guitar tones for stoners, though there’s always room for that JELLO too. Turns out I unironically love thrash and crossover, I drink up that yummy sludge, I love being pummeled by knuckle-dragging caveman death metal (and even some technical stuff), and holy shit I even dipped a frostbitten toe into Black Metal. I still would prefer to hear lyrics grunted at me than howled, but it feels like growth.

Everything below is presented in No Particular Order.

Eternal Champion – Ravening Iron [Fantasy/Power Metal]
https://eternalchampion.bandcamp.com/album/ravening-iron
I really enjoyed Eternal Champion’s last album (2016’s The Armor of Ire) a whole lot – for some reason it scratched all my power metal itches even before I realized they shared a bit of DNA with Power Trip. The new album takes all that I liked about that album, straps on a loincloth and grabs a battle axe, then worships Crom all over my brain’s pleasure centers. (Before you “well actually” me, I realize the Eternal Champion was created by Michael Moorcock and I’m referencing Robert Howard’s Conan, but hey – fuck yourself, pedant.)

Spirit Adrift – Enlightened in Eternity [Doom/Trad Metal]
https://listen.20buckspin.com/album/enlightened-in-eternity
TBH, I always get Spirit Adrift and Spectral Voice and Spectral Lore confused, even though they’re not particularly similar in name or output. I’ve dug these guys since their split with Khemmis, and more recently I’m a fan of Nate Garrett’s from his Gatecreeper days. This album is just the right amount of doomy and rockin’ to keep me cuing it up.

Two Minutes to Late Night – Bedroom Covers/Covers Vol. 1-6 [Various Metal]
https://music.youtube.com/playlist?list=PLPWlN3tCy7DOWhb99UCSbelZI__7b4VZP
I realize this is a cheat, but it’s my list. I’ve always been a sucker for covers, but when those covers support artists who can’t tour, are smeared with a patina of hilarity, and are musically phenomenal to boot? Sign me up. These guys really sped up my efforts to find heavy music that’s made by people other than the typical bearded white guys as well (though their videos feature plenty of those too).

Mr. Bungle – The Raging Wrath of the Easter Bunny Demo [Thrash]
https://mrbungle.bandcamp.com/album/the-raging-wrath-of-the-easter-bunny-demo
Let’s get one thing straight – yes, I bought this album the moment I heard it was coming out, but I had zero expectations, excitement, or even anticipation for it. I had heard a muddy limewire version copied from a muddy tape, years ago, so this felt like a patented Christian Slater Cash Grab (TM). That said, if you’re going to put out a thrash record and you have Dave Lombardo and Scott Ian involved, I’m paying attention. It’s a phenomenal record, and I loved catching the riffs that became the bones of tracks from their S/T album (I heard Dead Goon and Love is a Fist). If you don’t like this record, stare at Mike Patton’s Coolio hairstyle for five minutes or so and give it another try.

Black Curse – Endless Wound [Black Metal]
https://blackcurse-svr.bandcamp.com/album/endless-wound
Like 6 bands on this list are from Denver for some reason, and this is one of them – it’s actually a super group put together of some of my faves (Spectral Voice, Blood Incantation, Primitive Man, Khemmis). I don’t think I knew that when I first heard this album, which is a BM banger, which sounds like a bathroom code but is actually something I liked a surprising amount.

Elder – Omens [Psychedelic/Prog Metal]
https://beholdtheelder.bandcamp.com/album/omens
I’ve loved Elder since Reflections of a Floating World (a previous AOTY for me), and my first thought when I heard this album was “wow, this is what Baroness’s Gold & Grey could have sounded like if they didn’t mix it in a trash compactor.” Good, fun, heavy psych rock from Boston – worth many a listen.

War On Women – Wonderful Hell [Hardcore Punk]
https://waronwomen.bandcamp.com/album/wonderful-hell
WoW is another band I was introduced to by way of 2M2LN’s bedroom covers. Vicious hardcore with a feminist bent, this album and the one before it inspired me to rock a “Make America Feminist for Once” shirt on election day. America fuck yeah.

Taylor Swift – Folklore [Pop]
https://music.youtube.com/playlist?list=OLAK5uy_lAQWiZVWU7ImDOQV9WsKjMAlLXSfWROXU
I’m not a pop music guy. I’m a Taylor Swift’s music guy though, and while I’ll admit that my enjoyment of Taylor Swift began ironically, it didn’t take long for a  smash cut to me sock-dancing in my kitchen to Welcome to New York, and The Man is a great frickin’ song too. folklore clicked with me as well, but in a quieter way, and evermore probably will too but it came out too late for me to add it to the list.

Clown Core – Van [Jazzy Grindcore?]
https://clowncore.bandcamp.com/album/van
I dug that Adult Swim porta potty video from a couple years ago, but if you’d told me at the beginning of 2020 that one of my favorite albums was going to be created by two literal clowns playing saxophone-tinged grindcore that makes liberal use of clown horns and poop on a keyboard, I would have laughed and laughed. But here we are, and it’s one of those rare albums where the instrumental tracks legit make me laugh out loud.

The Mountain Goats – The Jordan Lake Sessions & Getting Into Knives [Alt Rock]
https://themountaingoats.bandcamp.com/album/the-jordan-lake-sessions-volumes-1-and-2
https://themountaingoats.bandcamp.com/album/getting-into-knives
I’m a big old TMG Stan from way back, and their albums usually fall into a “never not listening to this” rotation eventually. That’s how I am with Getting Into Knives, and opening up their live album in 2020 with a song called The Plague just reminded me why I like ‘em so much. EDIT: I can’t believe I talk about the Mountain Goats without mentioning the song This Year, which is not the song 2020 needs, but the song 2020 deserves.

Carpenter Brut – Blood Machines OST [Dark Synthwave]
https://carpenterbrut.bandcamp.com/album/blood-machines-ost
This one didn’t grab me quite as immediately as their previous release Leather Teeth, which sounded like an 80s horror movie soundtrack composed on a Nintendo (their cover of Maniac is also great), but it got some heavy play earlier this year. Put any of their stuff on while you’re driving and you feel like you’re in a video game, I guarantee.

Action Bronson – Only for Dolphins [Hip Hop]
https://actionbronson.bandcamp.com/album/only-for-dolphins
I’ve owned some Action Bronson albums before, but this was the year I discovered Fuck That’s Delicious and Traveling the Stars: Action Bronson & Friends Watch Ancient Aliens, which really added another layer of flavor and helped me get his vibe.

Honorable Mentions & Released Outside of 2020

Necrot – Mortal [Technical Death Metal] – These guys are on like every AOTY list, and for good reason.
https://necrot.bandcamp.com/album/mortal

Hanging Fortress – Darkness Devours [Blackened Death Metal] – This was a blind purchase and I haven’t regretted it.
https://hangingfortress.bandcamp.com/album/darkness-devours

Werewolves – The Dead Are Screaming [Death Metal] – Australian knuckle draggers – this was my Friday afternoon album this summer.
https://werewolvesdeathmetal.bandcamp.com/album/the-dead-are-screaming

Vile Creature – Glory, Glory! Apathy Took Helm! [Sludge] – This album was a biscuit away from making the top list. This was another 2M2LN find, and folks in this band seem like cool people too.
https://vilecreature.bandcamp.com/album/glory-glory-apathy-took-helm

Wayfarer – A Romance with Violence [Black Metal] – More Denver music, an exploration of the American West via black metal.
https://wayfarercolorado.bandcamp.com/album/a-romance-with-violence

Rebel Wizard – Magickal Mystical Indifference [Blackened Thrash] – I had no idea how much I needed the New Wave of Negative Wizard Metal til I heard this.
https://rebelwizard.bandcamp.com/album/magickal-mystical-indifference

Creeping Death – Wretched Illusions & Specter of War [Death/Thrash] – My good pal Fred has been trying to get me into these guys for years, and this year it worked! They’re named after a Metallica song (I assume) and they have been a go-to all year.
https://creepingdeathtx.bandcamp.com/

Witch Taint – Sons of Midwestern Darkness [Comedy/Black Metal] – I discovered this band through my wife, very much not a metal fan (long story) and I’d say this album is a must-listen if you like comedy and/or metal music. Death to Death Metal!
https://witchtaint.bandcamp.com/album/sons-of-midwestern-darkness 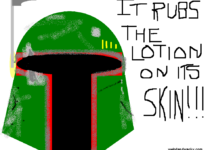 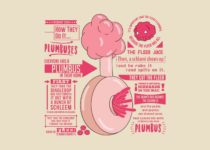